Rebirth can mean many things: Reincarnation, lifetimes, ascension, Easter, how spring chases winter away, the cycle of life, eco-systems, cycles, how we step out of a darker time of our lives, a change – however small, but still important and significant.

Rebirth indicates a cycle where the death of something isn’t the end – like the seasons that change, where winter ultimately is the death, a resting period – at least in these temperate parts of the world. Spring is rebirth and fertility. And if we think about it, even our minds are cyclic, like a wheel moving us forward. Every 24 hours, the so-called circadian rhythm, is a cycle of sleep and of time awake. Sleep is a rejuvenating, well-earned and healing rest – and a very fascinating state. In a way we’re reborn every day and every day is a new chance, a new life. And we decide what to make of it, in every little thing we do. Like one of my teachers once said:

“Do everything with great intent, however small. It’s real and enough as long as your mind is present.”

But there are longer cycles, called infradian rhythms (which means longer than one day), and the most commonly thought of is the menstrual cycle. In this case month-long and divided into four phases – yes, just like the moon. No wonder it’s often exampled in this context, and we can play this inspirational game too.

It can be both fascinating and intimidating to observe yourself like this, but note that although forced by nature onto some of us, it has greater significance and can be true for many more. For example, did you know that one of the most common and utilised corporate processes are in fact quite similar. It’s called the PDCA (Plan, Do, Check, Act). I’ll dive into this another day.

Apart from the obvious fact that Easter occurs during spring (at least in this part of the world), and that Easter itself celebrates the ascension of Jesus – there are other symbols thrown into the pot. They come from all corners of the world, like the phoenix from Egypt that inspired the egg symbol, which in itself is a symbol of rebirth too. The Easter Hare or Easter Bunny originated from Germany, and because of how quickly the hare reproduces it has long been seen a symbol of fertility and rebirth. Some old philosophers went as far as believing that the hare was hermaphrodite, which it isn’t. (And hearing this, I sort of can’t resist thinking about the Virgin Mary…) Another myth that sprung from this symbol confusion was that hares lay eggs, which also isn’t true. Hares and eggs just both happen to be fertility and rebirth symbols.

So, speaking of rebirth – what can you do? Perhaps observe in which cycle you are, accept and rejoice. Or write down a few things you’re ready to let go of, then inspired by the phoenix flames light your own candle and symbolically burn your note. 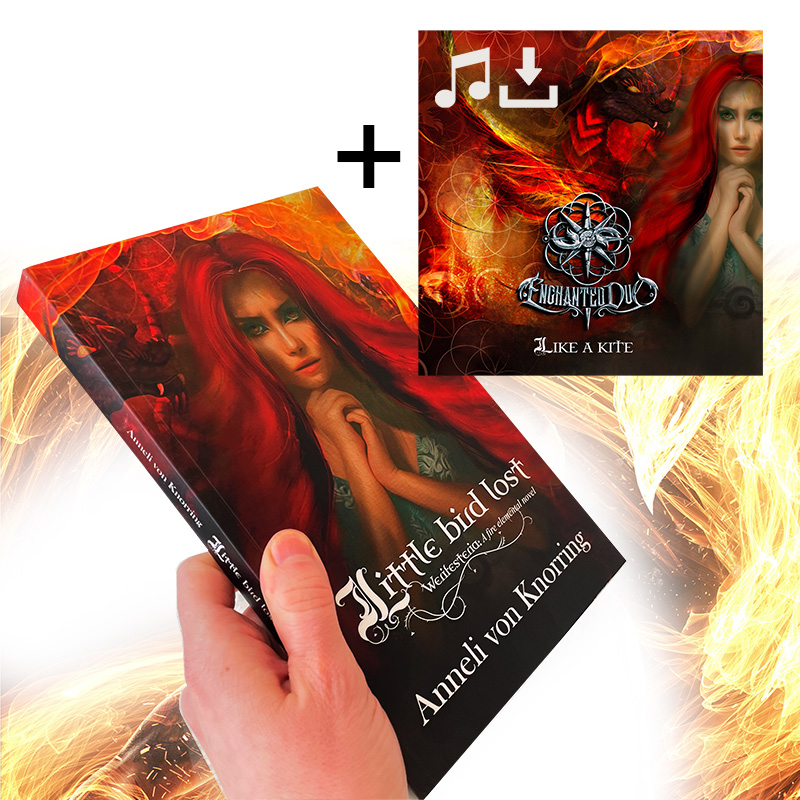 When there’s a storm, ground yourself. Find your inner strength.

Ember knows she must do something vitally important, but she is not sure what it is. For too long she has been hiding in her home cave, keeping herself to herself, and trying to avoid the expectations of others. If only her fire elemental powers would manifest. But strange things are happening in the volcanic Kingdom of the Eternal Flame, and the handsome Dragon King Magmus insists that what she’s doing is important – even if it’s just collecting twigs in the forest. Too many mysteries are confusing them both and there’s a threat to the entire elemental realm. Ember battles with her anxiety, high sensitivity and empathic nature. If only she could believe in herself as much as King Magnus does.